Join us for a night of rocking blues and tasty brews on Saturday 7 March from 5pm til late in The Brewery at the Imperial Hotel Eumundi. The killer line-up of epic bands will see The Venture, Palomino III, Marshall & The Fro and headliners Mason Rack Band hit the stage, and the Craft Beer Bar is sure to keep you and your tastebuds dancing.

More about the bands:

Having played more than 3000 live shows, blues rock powerhouse The Mason Rack Band are dragging blues kicking and screaming into the 21st Century.

They have appeared at many of Australia’s leading festivals including Bluesfest, Blues On Broadbeach, Gympie Muster, Adelaide International Guitar Festival and Airlie Beach Music Fest (just to name a few) - as well as festivals in Germany, Netherlands, Italy and Canada.

The raspy vocals of lead frontman Mason Rack have been described by fans as one of the sexiest voices in the blues music scene - with flashes from Tom Waits and Led Zeppelin.

As far as live performance goes, Mason Rack Band are entertainment monsters.  Their drum duels, onstage antics and signature movements set them apart from everything and everyone else.

This is not a show to miss!

Born into a rock and roll arena and nourished as a child on the sounds of Hendrix and Winters, Marshall Okell began his musical career at the age of 11 and started his now iconic band Marshall and The Fro in his early twenties.

Marshall & The Fro set the stage for a new wave of pumping surf mojo roots and blues and has garnered a string of musical accolades including 'Best Blues and Roots Artist' at the Oz Music Awards, and regular appearances at festivals including Bluesfest, Woodford and Falls.

Palomino III drive their high-energy shows under the steam of authentic slick riffin’ roots' sounds with a twist on the traditional music of a bygone era.

Combine the soulful and hauntingly beautiful voice of slap double-bassist with gritty straight edge vocals and howling guitar, then mix it up with some bangin’ drums and you've got a match made in heaven.

With a stripped back approach to their bare bones music, Palomino III ride perfectly together, and with a whole lot of sass, tell tales of love, loss and levity.

If you're a lover of that southern rock vibe and guitars, The Venture are sure to put a smile on your dial.  Their songs bounce between driving country rock and southern style ballads - tracks that leave you wanting to hit the road and turn the radio up.

These guys have each performed all over the globe including festivals like Boomtown Fair England, Glastonbury Festival, Woodford Folk Festival, Caloundra Music Festival and supported the likes of Jimmy Barnes, John Butler Trio, Colin Hay and many more.

The Venture and their explosive live show is a must-see. For a long time after the gig, Johnny’s signature southern guitar tone and style with be ringing in your ears and have you wanting to crank on a Skynyrd or Allmann Brothers record and turn it up till you remember just how good Australian country rock and US style ballads can be. 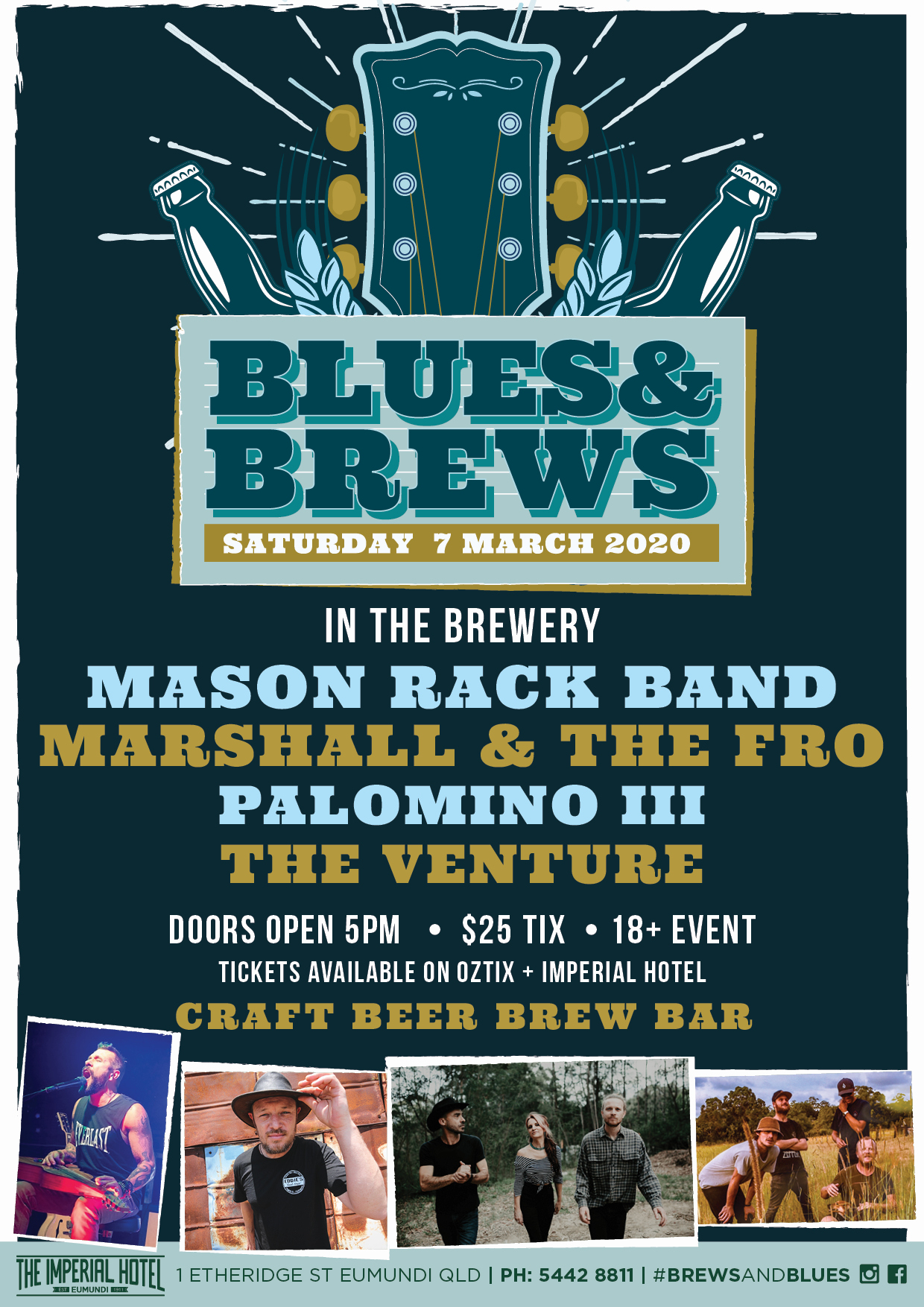